Life is never easy for wild creatures and winter makes the routine activities of finding food and shelter even more difficult.  Many people who would never consider killing an animal cause unintentional harm and death because they are not aware of the dangers of “non-toxic” or “humane” methods of deterring wildlife from areas where they are not wanted.

The following are common causes of injury and death to wild creatures.  Please help prevent unnecessary injury this winter by reading and sharing the information provided.   Fellow Mortals has had the unfortunate experience of working with animals brought to us from all of these situations. 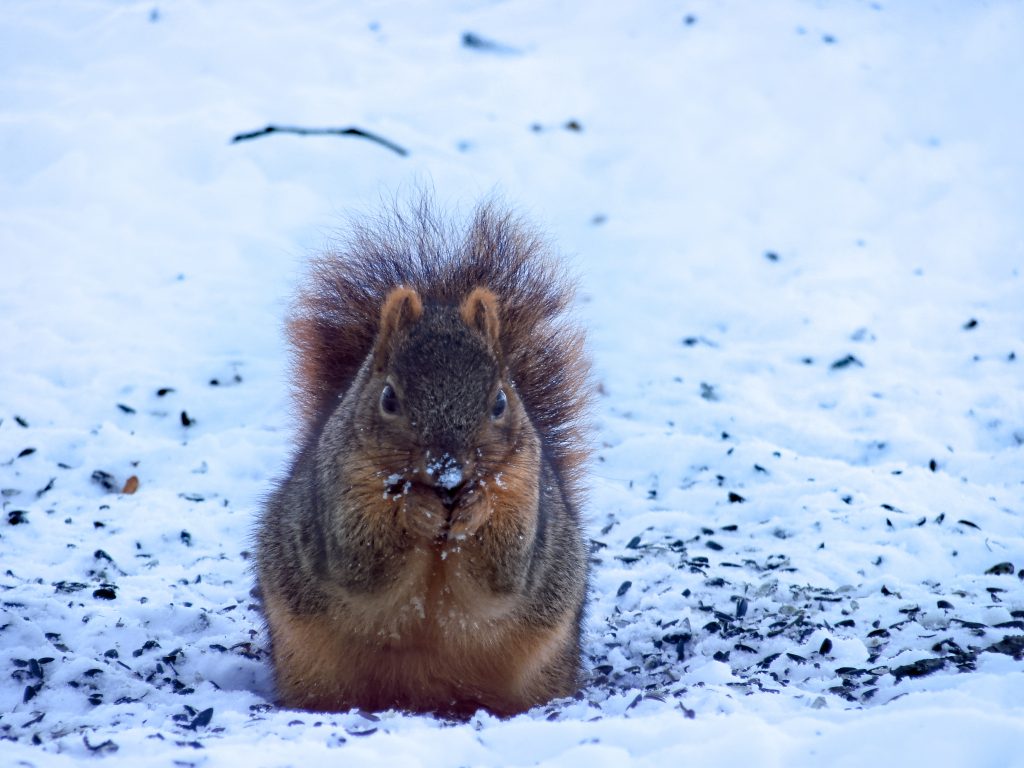 Choosing “Guests” You can’t discriminate between “good” and “bad” wildlife when you choose to feed outdoor animals.  Skunk, opossum and raccoon all have a place in the wild and, if you feed outdoor cats, you can expect to see these animals as regular visitors.  If you choose to feed wild birds, the squirrels and deer will come to enjoy the seed as well.  Always provide a source of open water if you are providing food and, if you’re not interested in feeding nocturnal wildlife, remove all feeders before dark.  Seed should not be allowed to accumulate under feeders where it can become moldy or contaminated, and feeders and waterers should be cleaned on at least a weekly basis.

The best way not to create problems for yourself, your neighbors or the wildlife is to feed a distance away from houses and other outbuildings in order to prevent animals from becoming too used to humans.  And if you have or feed outdoor cats, you should not feed wildlife at all, as you are attracting songbirds, rabbits and other small mammals to your yard only to put them in danger.

Live-trapping is considered a “humane” alternative to killing a wild animal that is nesting or eating where it is not wanted.  Imagine if someone decided to remove you from your home in the winter and take you somewhere where you don’t know where to find food and have no shelter.  How well would you survive?  Live-trapping, though never a good option, is most inhumane in the winter months.  Most animals which are “relocated” do not survive.

Instead of Live-trapping, make repairs to buildings before the winter months and, if absolutely necessary to evict an animal from its nest, contact a wildlife rehabilitator to learn how to “haze” the animal into moving on its own after it finds an alternate shelter.

Moldy feed can be fatal to wild animals.  Aflatoxins are poisonous, carcinogenic byproducts produced during the growth of several species of the mold fungus Aspergillus.  Aflatoxin can affect corn, grain, peanuts and other feed in the field and in storage.  It is odorless and tasteless, so is difficult to detect.  Although young animals are particularly susceptible to the toxin, it can kill adult deer as well.  It is because of our experience with moldy feed that we do not feed any product that does not come from a trusted distributer, where we can be assured it has been stored properly and has not become moist or contaminated in any way.

Make sure to buy feed from a reputable source.  Do not purchase or use bags of feed that have been opened, become damp or damaged, and keep feed in a dry, cool place.

Antifreeze is commonly used in car cooling systems and home plumbing and is also present in decorative snow globes.  Wildlife is most commonly exposed to antifreeze when it leaks from cars and appears to provide a source of open water.   Antifreeze is usually fatal.  Affected animals may also exhibit visible sores around and in the mouth.

Provide an open source of water for birds and mammals during the winter months.

Tanglefoot is a fairly new product being used by people to “deter” birds from nesting or perching where they are not wanted.  It is advertised as being non-toxic, but it is lethal to birds and small mammals who get caught in the sticky substance and die.  Birds who are freed of the substance are not releasable as the gummy product adheres to feathers making it impossible for them to keep warm or fly.   When these birds come into care, they are highly stressed and the necessary treatment of cleaning the product from their feathers is time intensive and very hard on small birds.  Those who do survive the treatment may need to remain in care until they go through a full molt, which can take nearly a year.

Use tarps to cover areas affected by bird droppings, or enclose areas to prevent nesting or perching.  If the product has already been applied, it must be scraped off all surfaces.  A quick temporary measure to prevent further injury to wildlife before the product can be removed is to cut and affix tarp material over the treated areas. 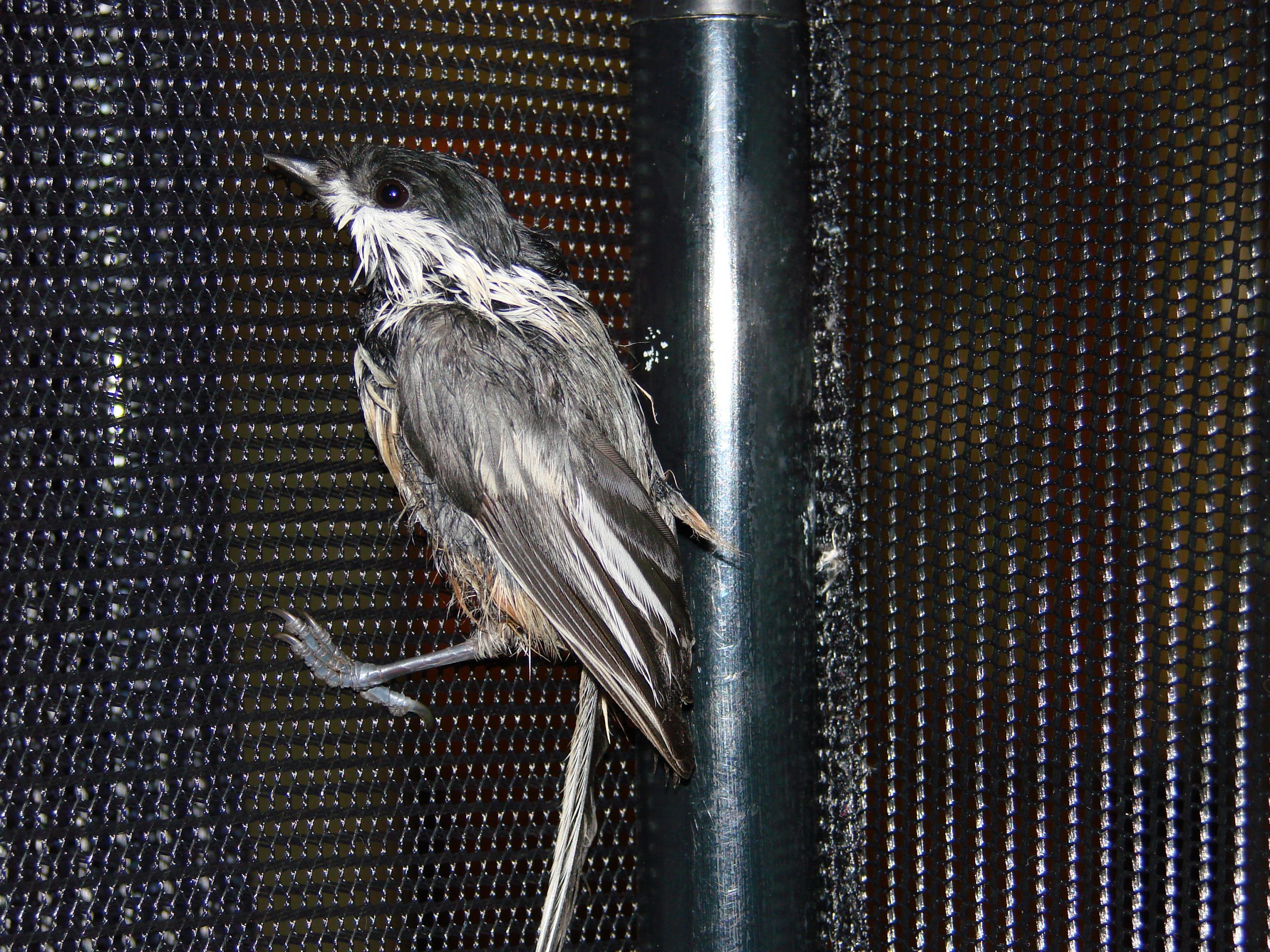 Rodenticides, such as D-con, are still commonly used by many people to kill mice and rats.  These poisons are not only inhumane but cause secondary poisoning in wild predators such as hawks, owls and fox that prey upon small rodents.  Residues of anticoagulants may remain in liver tissue for many weeks and predators that eat many poisoned rodents can build up a toxic dose over time.

Spray foam insulation is marketed for indoor and outdoor use to fill gaps and holes.  It hardens quickly.  Most often the gaps and holes are filled to provide insulation and keep wildlife and insects from entering a building.  The product does not carry a warning that the use may entomb living animals in a hard shell that cannot be removed.  We have seen the horrific result of a wild creature being caught in the foam on more than one occasion.  If there is not too much product on the animal, it is sometimes possible to cut it off along with the animal’s fur and hold the animal in care until the fur grows back.  In the worst cases, this product results in unspeakable suffering before death.

Before sealing off any crack or opening, use hazing techniques to ensure that no animals are living in the space.  Perform permanent repairs to buildings after nesting season, but before winter. 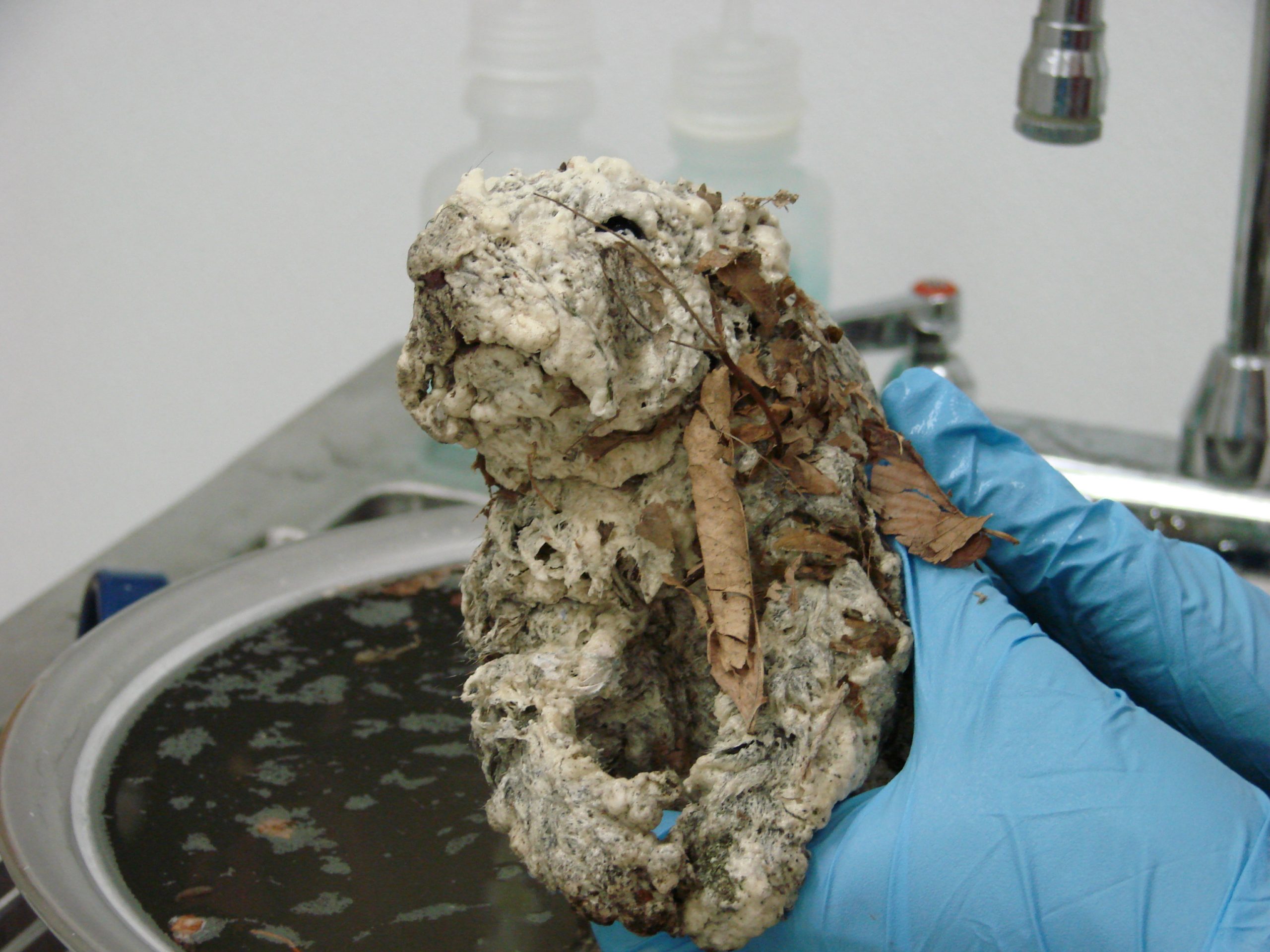 Wild birds are protected under the Migratory Bird Treaty Act.  All migratory birds and their parts (including eggs, nests, and feathers) are fully protected under state and federal law.  The only time a nest can be removed is after it is empty.  It cannot be removed if there are eggs or nestlings present.   Violations are reportable to the U.S. Fish & Wildlife Service and the Wisconsin Department of Natural Resources.

Wild animals are protected under Wisconsin’s animal cruelty laws.  In 2011, a court case established that Wisconsin’s animal cruelty laws apply to wildlife as well as domestic animals.  The court wrote, “there is no inconsistency in having several specific prohibitions directed at domesticated and captive wild animals and also a general prohibition on inflicting ‘unnecessary and excessive pain or suffering or unjustifiable injury or death’ on all animals.”